When we choose our subject we are choosing to capture a thing, a person, a sky, anything because it means something to us. Composition is deeply personal, almost as personal as editing style because we view the world based on our own experiences. Whether you want your photograph to simply document, to convey emotion, or just to capture something “pretty,” there are many ways that photography is more than a happy accident of being in the right place at the right time. 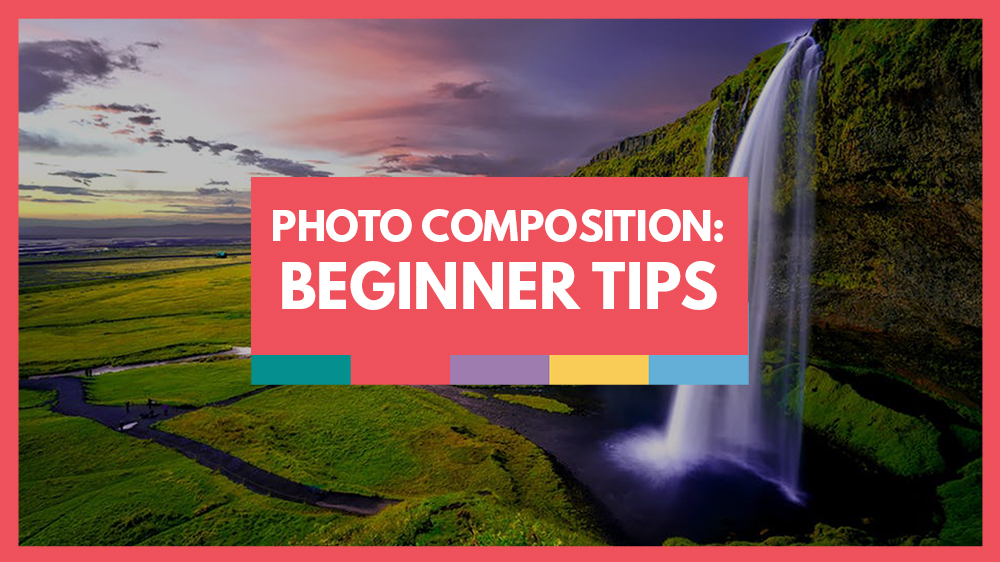 Composition is probably the easiest part about photography because it’s simply finding something you want to take pictures of. Every time you make the decision to take a photograph you choose what to include and what to focus on. Composition can be conscious, where you arrange and remove things to add to the aesthetic of the image; or it can be subconscious, where your focus was only on the subject at the time and the whole scene is your composition.

While it’s easy to understand, it’s not necessarily easy to implement. What the eye sees as being “perfect,” the camera may reveal differently. The arrangement of objects and elements can bring together more than one item, or it can make everything else meaningless save for the focus of the image. A successful composition is one that evokes feeling or meaning to the viewer, not just one that looks good.

Understand that your composition will change depending on the lens you are using. 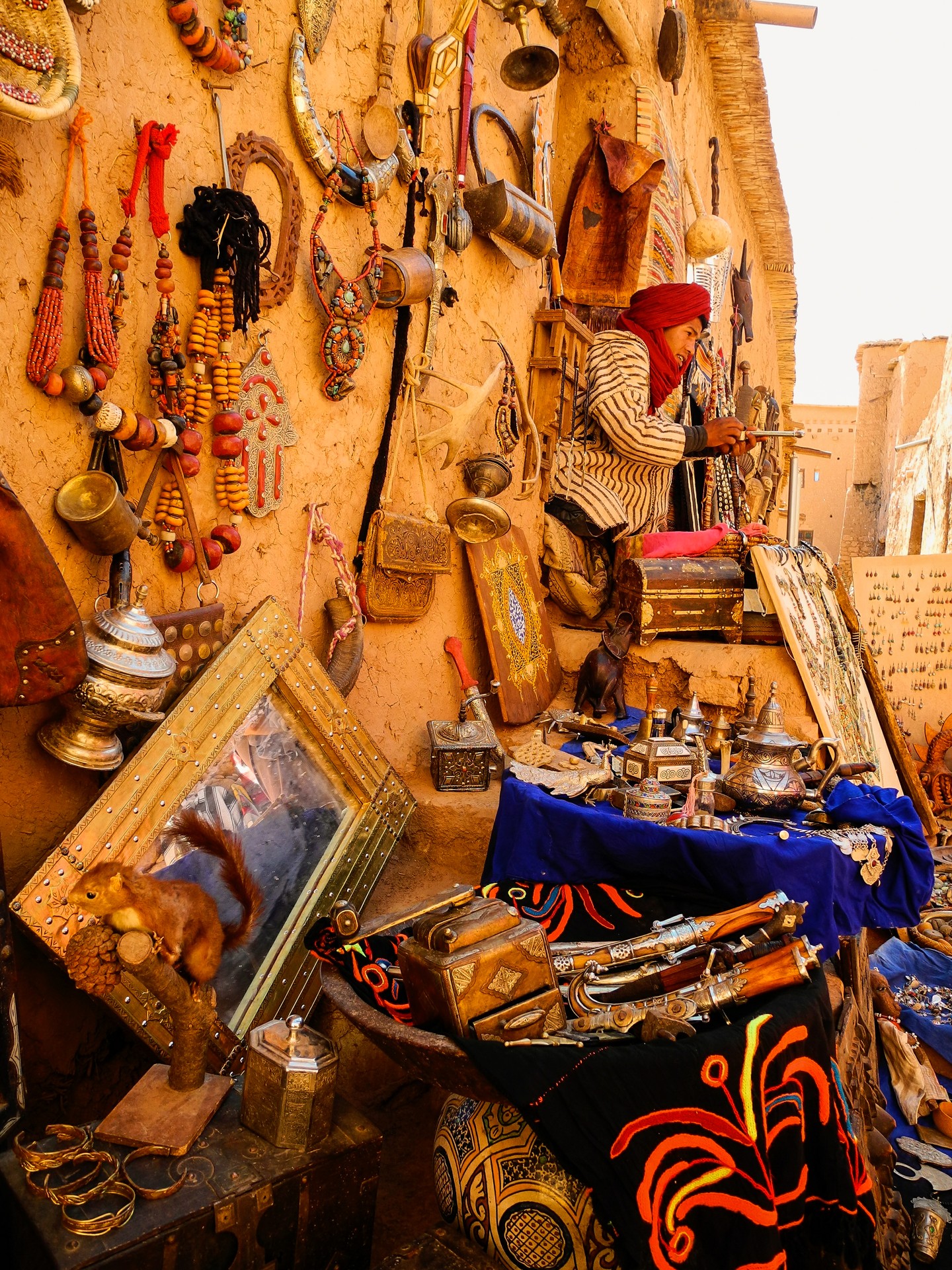 Sometimes you’re walking past and a scene catches your eye. There’s something about the scene that makes sense and drives you to capture it. Before you even touch your camera, your mind has visualized what the final photograph would look like. Visualization is more than just having the right image ready for you to click though; it’s about deciding if you need to move anything, hide anything, alter the lighting or edit a certain way, and how the post processing needs to look to make the image complete.

Many photographers skip this part, recognizing the capture as good, but figuring they can edit out unnecessary items or adjust on the computer later. It’s actually much more critical than one might realize. All artists visualize before they begin to create, and even abstractists have some idea or concept in mind. Your images will improve if you take the time to look at your subject and the scene first before snapping. 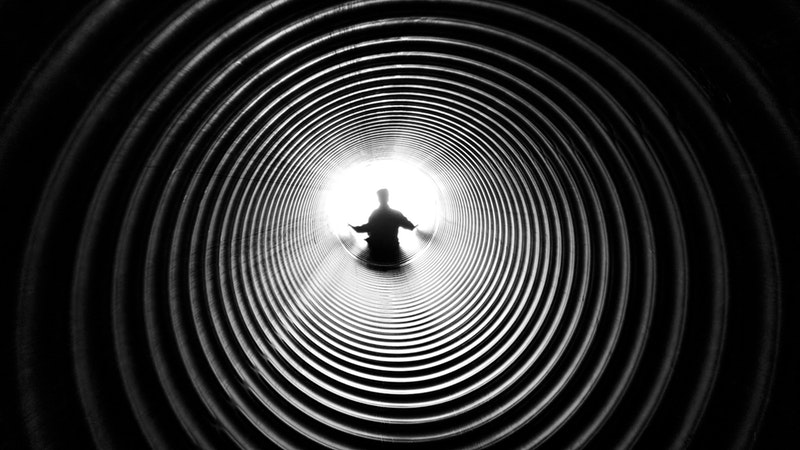 A photo is a visual journey, which means the eye should easily be able to pass around the unimportant aspects of the image ad focus on what the photographer saw. This doesn’t mean necessarily the focal point, but the part that the viewer pays attention to most. Leading the eye uses lines created by elements of the images to reach that destination. Typical leading lines start from the front of the image and then progress inside, drawing the eye and the viewer into the scene. Lines can be anything – e.g., grass, shadows. In fact, any line that crosses the image can be used to lead the eye.

Leading the eye can also be done using light. Our eyes are naturally drawn to bright things so a bright object with a dark background creates the ideal opportunity for the eye to pick our the subject. While this isn’t always possible to do, you can modify the composition by using a less cluttered background so that it stands out.

You’ll see rule of thirds mentioned a lot in photography groups because it’s one of the most frequently used composition tools. The photo is essentially cut up into 9 identically sized pieces dividing it with four lines which intersect at 4 critical points. The lines and especially these points of intersection are thought to be the ideal location for key elements or the subject. Check out this image which follows the rule of thirds: 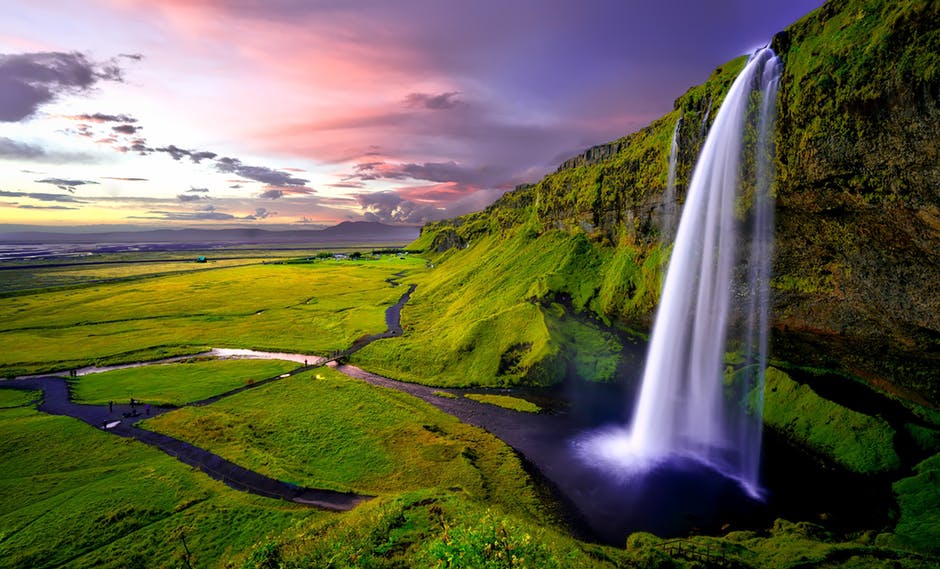 As you can see, the vertical lines fall on the waterfall and through the sunset/plateau – the two main elements. Then the horizontal lines cross at the horizon and at the bottom of the waterfall, with the cliff top and the rivers acting as leading lines with the bright white of the waterfall contrasting against the shadow behind. This image works in many ways to illustrate a perfect natural composition because it has all the important elements so far. 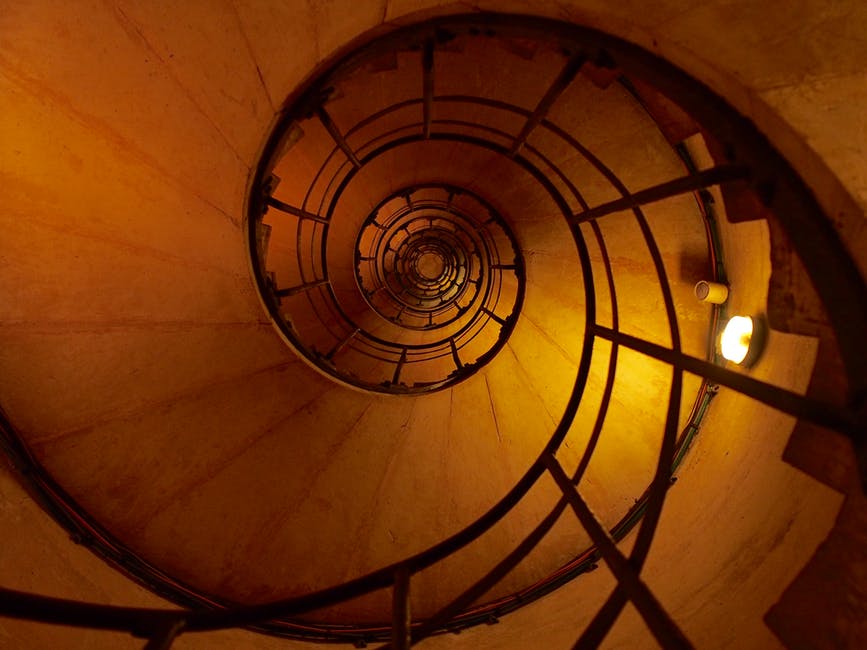 Another element that uses the rule of thirds is the fibonacci scale. This takes the composition a step further than the 9 pieces and divides it up into up to 34 pieces. Fibonacci patterns are often found in nature, and the term has been called “divine composition” for this reason. The fibonacci sequence doesn’t use the same 9 equal pieces; instead of the eye being drawn out of the image again, it’s brought back in. The image above is a simple copy of the fibonacci diagram, but you can see the portrait image also uses the same lines in reverse. 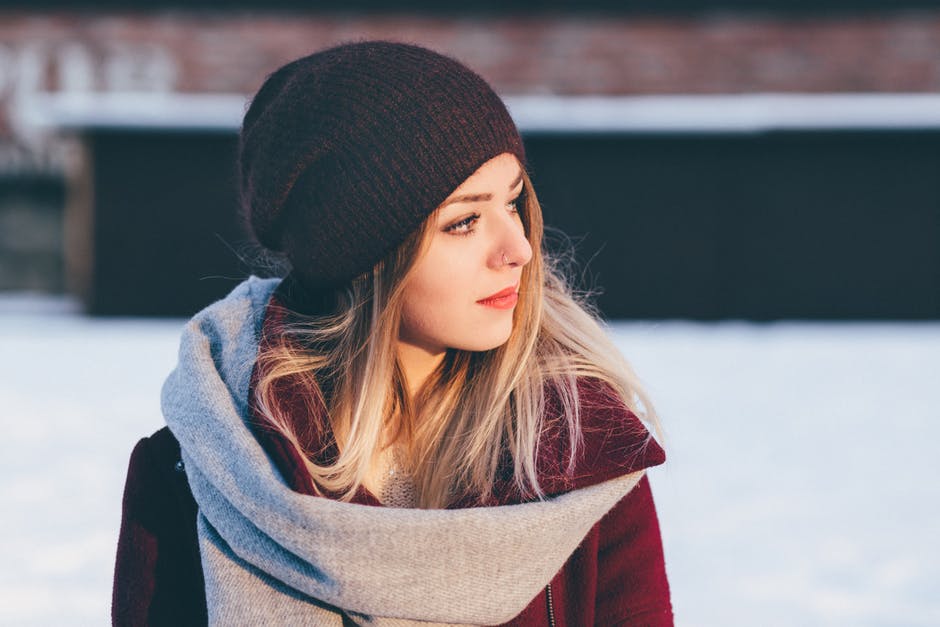 Not every photographer likes these lines, but they are just another tool you can use to create interesting images that aren’t the same centered focus. Don’t ignore a good image that you can see just because it doesn’t fit one of these rules.

The brain loves symmetry, in fact, we’re drawn to it so much that we find the most symmetrical faces more attractive just for being so. Photos have something called visual weight. This means that each element within an image can either be strong or weak, causing the eye to focus on, or ignore the element. Some items simply hold more weight, like the brighter contrasted subject above, because of good composition. 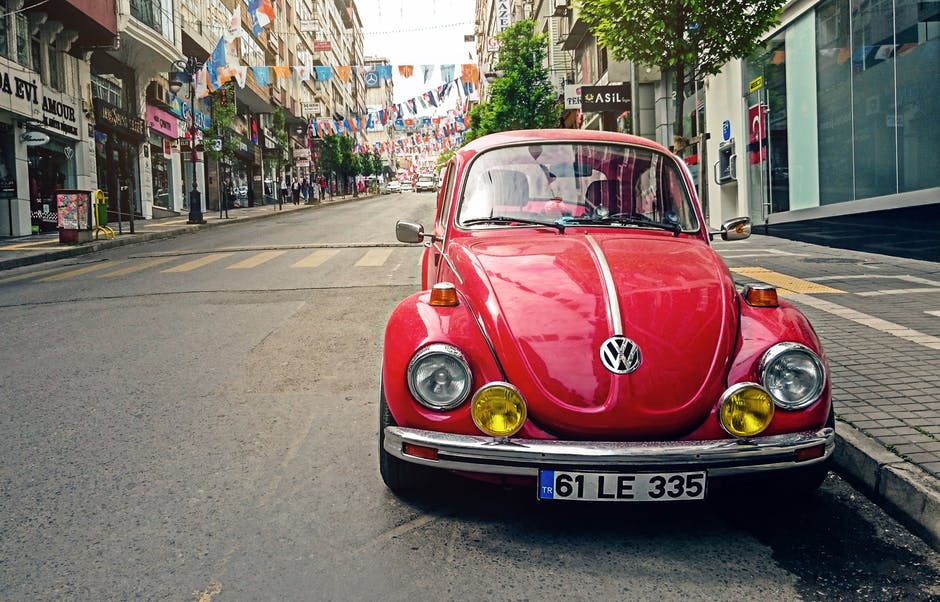 Here are a few things that may catch the eye more:

Balance also applies to having a degree of symmetry. Images that have a decisive left/right divide and equal weight on each part are perfectly balanced but the best balance is by using a fulcrum or pyramid. The fulcrum spans the base of the photo and leads the eye to the pinnacle of the pyramid. The pyramid or triangle doesn’t have to be 100% even or centered, as long as the weight of the items fit that shape.

For example, in this image both subjects are not on the same height, but they do fit the rule of thirds and they are also the same distance apart from the center point of the image, so they are balanced.

Often keeping an image as simple as possible is what makes it punchy. Look at Amazon image listings – the stark white background makes the product so much easier to focus on. If you’re a beginner, simple images are an easy way to get the hang of composition, lines, and focusing. This is why it’s easier to take a good image of the beach (simple horizon lines) compared to a forest (trees and branches at odd angles, less contrast). See these two images? The subject matter is the same, but because the first image is much simpler and uses better balance it draws the eye in to the subject more. 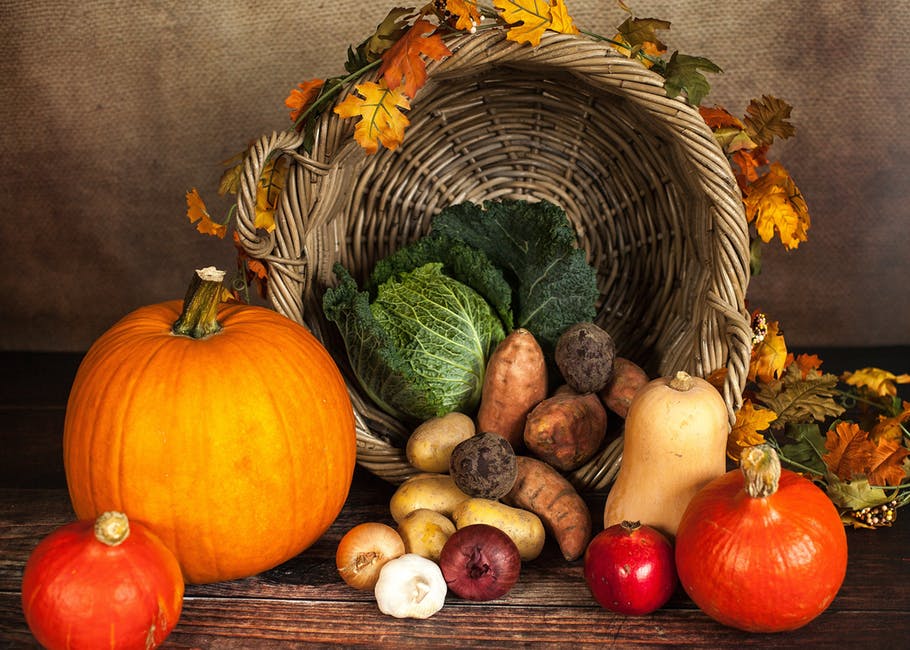 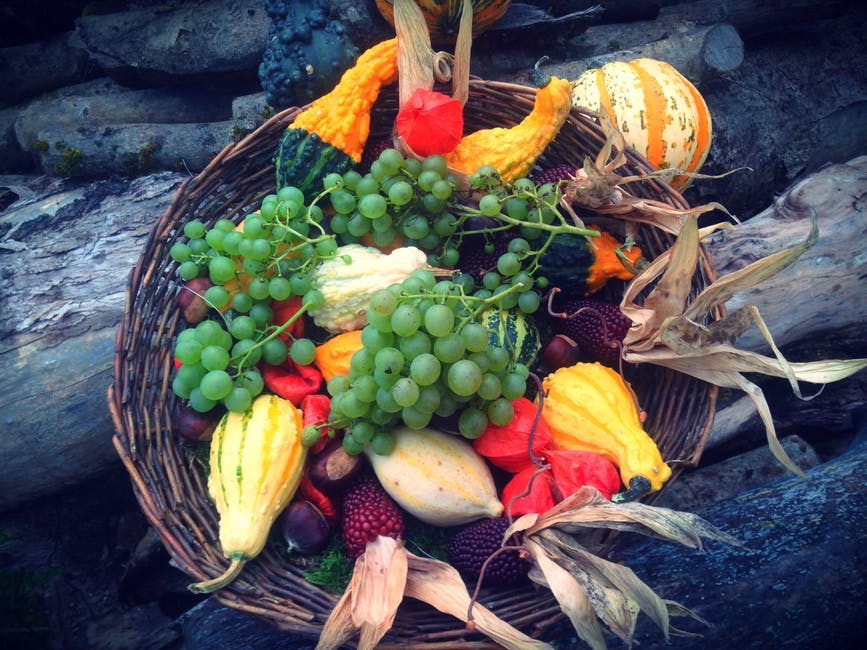 The second image has the squash mixed in with all colors jumbled, and while the basket still has good contrast to the background there’s just too much going on to make it an image that the eye can immediately recognize. The first image has the same tone throughout and the same color tone so it looks more cohesive; and because the vegetables are sectioned the eye processes along them without having to figure out which is which. There’s too much distraction in the second image with different colors, lines, and no clear subject as such asides from the basket as a whole.

Picking your subject and deciding how best to define it from the background so that you exclude as much detail as possible is part of visualization.

Composition isn’t always about getting the ideal ratio, or the ideal color, or the ideal position. If you see something that you are drawn to and want to capture it, then that is your composition. Practice is what makes this easier, and over time you’ll be able to spot items you want removed or areas that are better suited to work for your pictures. By spending more time visualizing the image before you shoot, you’ll also waste less clicks on images you throw away and be more apt to get a “perfect” composition.