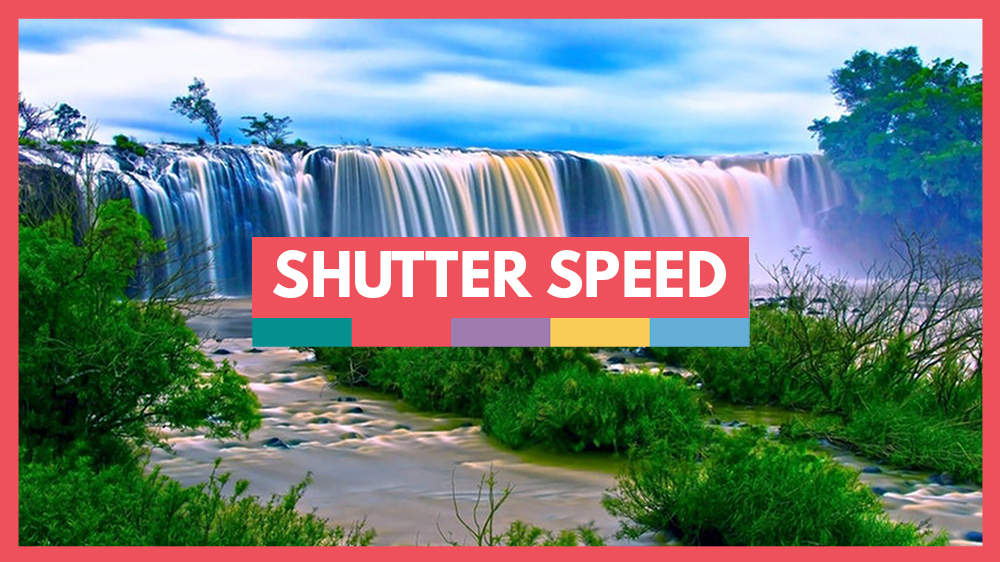 How Does Shutter Speed Work?

We looked at aperture last article, in this one we’re going to look at how shutter speed affects your image.

Think of the shutter as a curtain that opens and closes to let light hit your camera’s sensor. Shutter speed is quite simply how fast that curtain opens and closes, thereby controlling how much light is let into the camera. It can create dramatic effects by blurring motion and freezing it, and is also important in gaining correct exposure. The first step in using shutter speed to shape your images is to understand how it works.

How Shutter Speed Affects Your Images

Shutter speed means the length of time your camera shutter is open to let light in to your camera sensor. It’s measured in fractions of seconds right up to minutes. A fast shutter speed can freeze motion – think of birds in flight, or athletes caught in a moment of action – and a slow one will give a motion blur to anything moving. Think of those images of waterfalls where the water is white and silky-smooth, or an image shot from a moving vehicle.

If you are shooting at night or in low light, you’ll need to use a slow shutter speed – the shutter will stay open longer to allow as much light as possible in to the sensor, so you don’t end up with an underexposed photograph.

You’ll probably need to use a tripod at shutter speeds of less than 1/60th of a second or your image will become blurred through camera shake– in my case, I know from experience that I cannot hand-hold my camera at anything less than 1/100th second because it’s simply impossible to keep it perfectly still for any longer than that. With practice, you will come to know what your own limit for hand-holding your camera is.

If you are shooting on a bright, sunny day, you’ll need to use a high shutter speed so as not to over-expose your image. The shutter will open and close extremely quickly to limit the amount of light hitting the sensor. 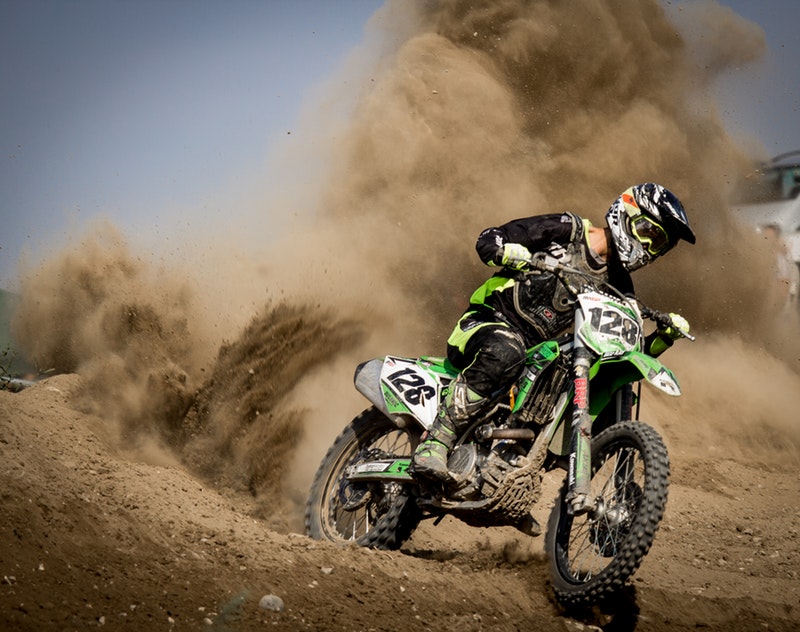 In this image above, the photographer has used a fast shutter speed to freeze motion.

You can see all the dust flying up into the air from the bike wheels, frozen in the fraction of a second that the shutter was open for.

This can be very effective for wildlife shots, or catching crucial sporting moments, as it gives a real sense of drama and action to the image.

In the long-exposure image below, however, all you can see are the trails of light the vehicles have left. This is because they passed through the image while the shutter was still open, hence this is a slow shutter speed. You can also see that a bus passed through the image, as the route number 87 is clearly visible within the light trails. The telephone box and the buildings are not blurred because they are not moving, whereas the traffic is. 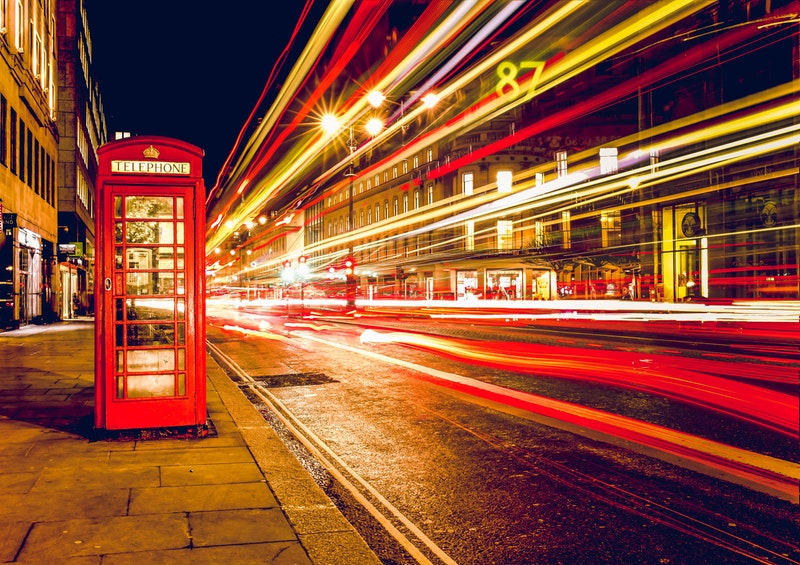 The Relationship Between Shutter Speed and Aperture

Remember last article when I said aperture, shutter speed and ISO were the holy trinity of photography?

If you still have your camera on program or automatic mode, that’s fine, but you’ll get so much more control by learning how to take it fully manual. The aim of these three articles is to get you understanding exactly how to make aperture, shutter speed, and ISO work together effectively. Once you know how to do that, you will gain the confidence to put your camera in manual mode.

You learned how aperture can affect your image by controlling the amount of light coming in to the camera – now we’re adding shutter speed to the mix. Next article we’ll build on this by adding ISO, so that you’re gradually understanding how all three work together, but for now we’ll concentrate on aperture and shutter speed.

As you will have gathered by now, shutter speed also controls how much light hits your camera sensor, just like aperture. There is a direct relationship between the f-stop you choose and the shutter speed you’ll need to gain correct exposure.

So, if you put your camera on f/1.2, would you choose a fast shutter speed or slow shutter speed to expose your image correctly? It depends on the light conditions you’re in, but generally the larger the aperture (smaller f-number) the faster the shutter speed needs to be.

For example – on a bright, sunny day at f/1.2 you’d choose a very fast shutter speed in order to not completely blow your image out and be left with just a bright, white rectangle. Why? Because at f/1.2, your camera’s aperture is as wide open as it can go, thus is letting in lots of bright, sunshiny light to the sensor already. If you choose a slow shutter speed of, say, 1/30th second, you’re flooding the sensor with even more light from the shutter! This overload of light simply burns away your image, leaving your image horribly overexposed with no details left.

The opposite is true also. If you chose to shoot at f/22, your camera’s aperture is very small, only letting a tiny amount of light through to the sensor. If you choose a fast shutter speed of 1/500th second, the shutter is only open for that fraction of time, and not enough light gets to your sensor, resulting in a pitch-black image that is underexposed, and again has no details left in it.

Luckily for us, modern cameras have an exposure meter built in to them, so we can see once we’ve chosen our aperture and ISO how fast or slow the shutter speed needs to be.

On Canon cameras, the exposure meter is a red scale on the bottom of the viewfinder, and as you press your shutter button halfway down until it bleeps, you’ll see a red dot on the scale. If the dot is to the left-hand side of the middle marker, your image is underexposed. If it’s to the right, it’s overexposed. You will then adjust your shutter speed to suit. I’m going to discuss exposure in detail in a later article, so we won’t go into it now. At least you now know where your exposure meter is if you’re a Canon shooter!

Things to Try Out

If you’re using your camera on program or automatic mode, try using it on shutter priority mode – on Canon it’s called Tv mode, which stands for time value. This will allow you to try out different shutter speeds, and the camera will compensate with different apertures and ISO.

I’ve discussed how motion shots like sports are usually shot with a fast shutter speed, freezing everything sharply, but you can get some great artistic effects by experimenting with slow shutter speeds on moving things and people, like the one below. 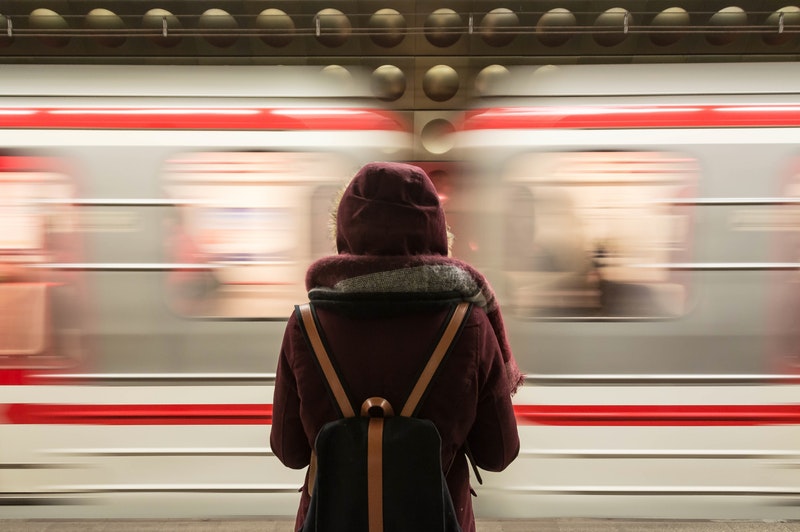 The images of waterfalls that you often see with silky water are shot with a slow shutter speed, like this one:

Why not try and shoot running water on a bright day with a high shutter speed? The look you get is completely different, like this: 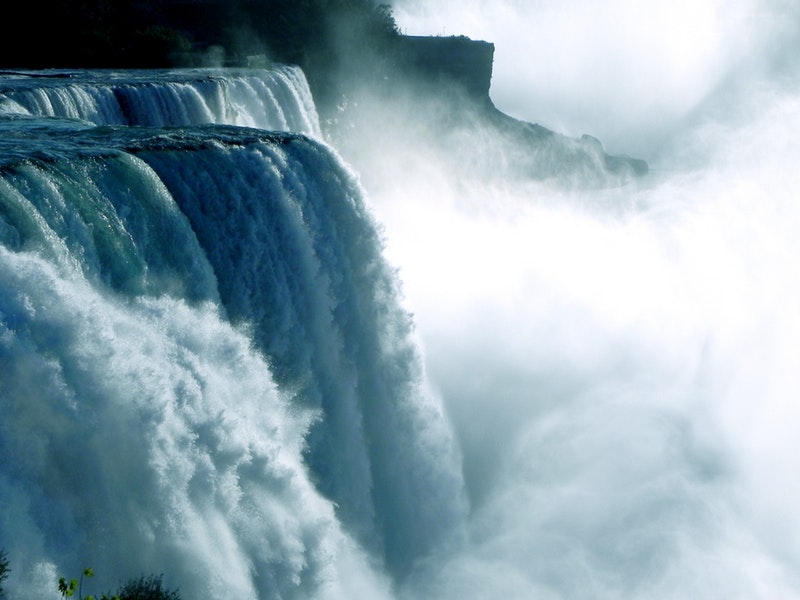 See how there is much more drama and dynamism in the second waterfall shot? The first one is very relaxing and tranquil, but I prefer the frozen action of the second one.

Until next time, when we talk about ISO, why don’t you practice getting used to different shutter speeds and apertures – and enjoy!